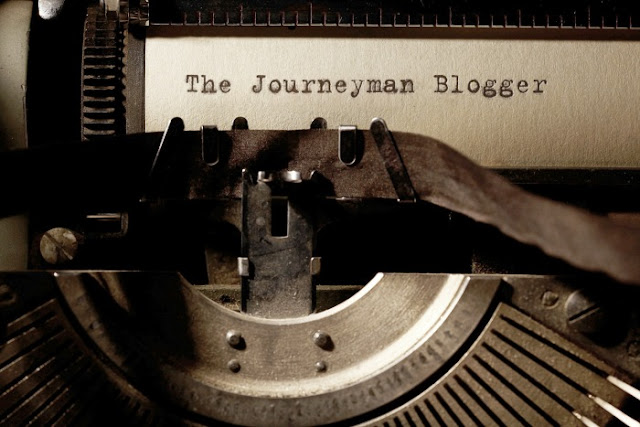 One of the many gifts that blogging has given me personally are the many protégés that I have accumulated over the years. They have all gone on to greater things and many of them have gone on to make me look like a rank novice. As my friend Rahul (who I consider a protégé) pointed out earlier today in this blog, there are many types of bloggers out there. There are the famous, the infamous, the notorious and of course there are the journeyman like myself. In baseball terms we are the catcher that never gets called up from the minor league because we just get paid decent enough money to train the pitchers for when they go up to the major leagues. I never set out to be that but it became my niche I guess and I wish I had only realized it sooner.
If we went back 10 years when I started blogging, I was an angry, trapped, injured, shut in, stuck in a dead end job, and living vicariously through blog popularity. Now I am a cheerful, free, healthy, with a job that I love, and living vicariously through the popularity of my blog and boosting the popularity of other people’s blogs. You’re either happy with what you do, or I hope to God that you have given up on it in a decade and found something that makes you happy. I like doing this more now than I did when I was FAR more popular, but that popularity was based on the fact that I was the flavor of the week, and now I am just here, and some people respect me. I would far rather have that than the lunatic parade I used to watch in the comments sections of my blogs. I had to evolve many flavors before I would admit that.
Back to the protégé thing, because it wears many hats, and has evolved with every year. There was a time when I was “the collaborator” who people turned to when they had something they wrote and needed it cleaned up. Some of the more amusing things were friends that wrote hardcore porn, but needed it romanticized because women (which still make up the bulk of blog readers) wouldn’t read it, even though the original smut was written by a woman and the romanticizing was done by a man. I still do that from time to time today (not porn sorry), but it’s nice not to have it be a daily thing, just a favor because I care about others and their accomplishments.
Then there were the boosts that one can give to another blogger. I was always one of the runaway comment types, but I will admit I have met people that are my best at that game. They have come and gone, and yes a lot of them are trapped in the Facebook maze, and I was willing to let them go, as they have me. It was all part of the game of taking another blogger, treating them as an equal and remembering to be a part of their success too. It’s not as much fun as it used to be, since most people out there now a day’s either don’t get the humor, or don’t appreciate it, but when I find people who do, I still like to throw a zinger out there and hope that it makes someone laugh. Again it isn’t done in hopes of reciprocation as much as it is in hopes of getting others involved in the art of kibitzing, blogging and the widespread art of sharing information.
I’m probably getting to the point where I am one of those crotchety old fools hobbling on a cane and talking about what it was like in my day. The problem I still see is that too many newcomers come walking onto the scene that are an expert on SEO, content generation, and just about everything else that doesn’t work for long. They will always be around, but their names will change. I am still Jeremy Crow, ten years after the fact, and I like to catch the ball and tell stories about the pitchers that came before you. I’ll still be here talking about you to the pitchers who come after you, but don’t let me forget to tell you the best part of the journeyman game. Most of those pitchers who go off to better things still come back to my field to play catch once in a while. I am happy to have become a great source of nostalgia and they didn’t find me because of search engine optimization. They found me because what one person thinks of as "going nowhere" other people still think of it as "going home."
Posted by Jeremy Crow at 12:07 PM