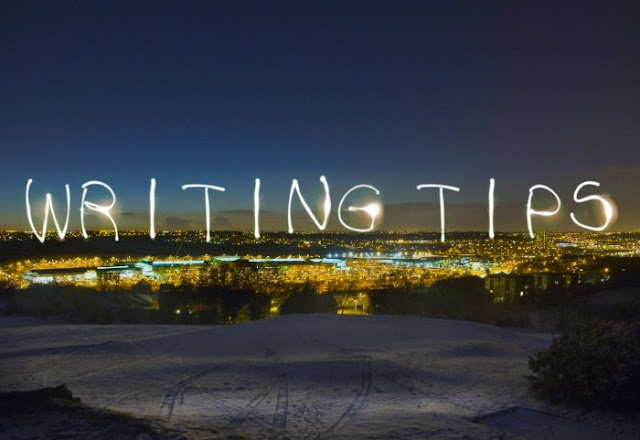 Today's Tip: Finish Something! How straightforward is that? I was a wanna-be writer for about 6 years before I became a real writer. To be a real writer in the minds of a lot of people I had to have a book. Not a collection of writings but an actual book, whether it was an e-book or a printed book, was required to be a writer. It took me about 6 years of "writing" (while not being an actual writer mind you) until I had collected enough things that I had written (while not being an actual writer mind you) that I could put together and make enough pages to be "book worthy" material. I put it all together, added some cool graphics, and CAPLOW I was a writer. Oh wait! I wasn't a writer yet? Damn!

Yes the next phase of being an "actual writer" was that I had to satisfy the crowd who considered condensed short stories that were previously released to NOT make me an actual writer. Yeah the chip on my shoulder, because I spent so much time jumping through hoops, like that little boy on the playground I used to be begging if "I could play too." Here was a snag in my whole "being a writer" persona, and I needed to rectify this. I was in the process at that time of writing several "actual books" but MY way, because I just don't have what it takes to sit down and write a book. I posted chapters of the books I was writing as blog posts for years, but it never really satiated that "being a writer" gene, or criticism. I have since lost the ability to separate the two, or really even care about the two, which I am sure people think is crap because they are reading this, and I am sure it looks like bitching.

When I set out to actually "finish" a book, I was so proud of myself when I actually did. The problem at this point was that nobody who thought I should write a book, then those that wished I would finish a book, all the way to those that wouldn't consider anyone without a book "a writer" had no desire to read the book. Some would be bitter about things like this, but not me. I was content that I had finished a book, and you know what it gave me? Cover to do the things I really wanted to do. I am like Franz Schubert whose most famous symphony was affectionately called "The Unfinished Symphony" but can I let you in on a little secret about him which pertains to me? He didn't finish 95% of his symphonies because he totally lacked the attention span, and for the age, his stuff was so radically different and complex that he just let his brain roll. Of course he finished enough symphonies to say he did it, and then move on to what he wanted to do.
Posted by Jeremy Crow at 7:36 AM