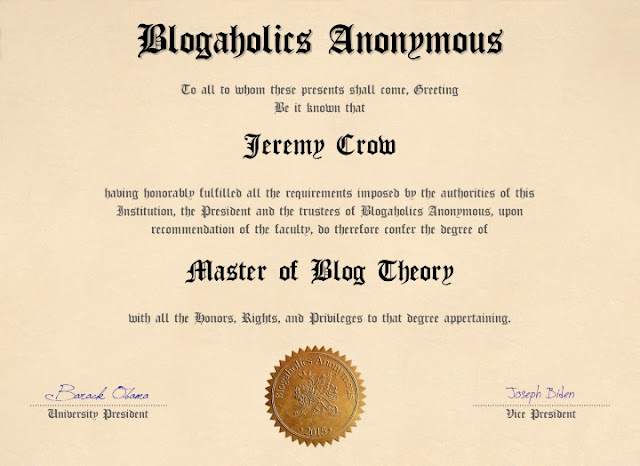 Today's Tip: I am going to be covering a few past tips in a different way today. A bit of a story format so that people that can relate can learn from this experience. Those that would get offended aren't reading this, or if they are they probably deserve it. This is a tale of how social media drove me back to blogging. Now of course I have been blogging for a reasonably long time, but I had quit blogging for a number of years. It was actually social media that drove me back into blogging and it wasn't the people who wanted me to blog that did it. It was the time vampires that pollute a lot of social media. The time vampires being those that open up chat boxes, send you private messages or even e-mails (but not usually) asking for, but more often demanding long complicated amounts of advice. Frustration started forming when I realized that the same people were always doing this and they very rarely interacted with me otherwise. Worse than this, the half hour of typing required to explain whatever it is would usually go ignored, and often wouldn't get a thank you.

Yes folks I started blogging again mostly to get even with those people. I took my one blog and branched it into eight separate blogs covering all of the topics that I was wasting my life explaining to people that I really didn't like anymore, so that they could ignore it there in public. I could be satisfied that I was helpful, but the needy often were more useless than needy. They would prove this when they told me "They didn't have time to read my blog." Of course there was a side benefit to this, as lots of people who I hadn't been wasting all of my time on found the things I had been posting, and were generally thankful for it. Again I can't stress enough that it is this more than anything else that motivated and educated me as a blogger. There are a lot of people out there that want to hear what you have to say. You may not have found them yet, but you will, just as soon as you strip off all the time vampires and start using that energy for building an audience.
Posted by Jeremy Crow at 3:39 AM