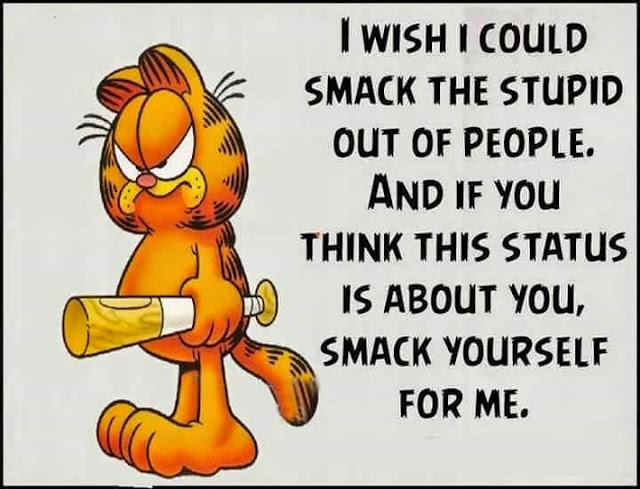 Today's Tip: This will be another day where I take a bunch of past tips and meld them into a practical example. How well are you equipped to handle the swarm? The swarm being the pig pile that will occur every once in a while if the thought police catch you saying or doing something outside that in which they accept? If it hasn't happened to you yet then it will, and it is neither a good thing or a bad thing, what is a good thing or a bad thing is how you deal with it. This is just the warning so it doesn't cripple you should it accidentally happen to you one day.

There are so many things in this world that are "controversial" that it is almost impossible to keep tabs on what they all are. There are also those things that just don't pass the test of being "acceptable lunacy" to most but the thought police are out there attacking anyone that is outside their bubble. Bloggers are one of the most watched and attacked mediums on the internet, because free thinking is usually what is going on in a blog. Don't mistake "the swarm" for being a reasoned debate. It is not, it is a mob rule form of suppression that can be a bit intimidating to a novice blogger.

Stick to this small checklist if you are dealing with a swarm because say "The International Federation of Milk Only Chocolate" comes swarming in and wants your opinion on Dark Chocolate suppressed before someone comes along and agrees with you ..

1. If their comment is condescending and not informative, ignore it.
2. If you do answer a comment in a thoughtful way, and they change the topic to say, your education level, ignore it.
3. If they act superior to you in every way but can't seem to spell most of their words correctly, ignore it.
4. If they start attacking the people in your comments section, and any of the three things above are occurring, DON'T ignore it. Block them. YOU can take this stuff, but you better NEVER force the people taking time to comment on your posts to take that stuff.
5. As I've always said, do NOT delete their comments, unless you had to block them for being nasty to others.

Some people will go as far as to make their posts "private" and guess what? That means that the swarmers have won. They have silenced you. Even if you don't think you will ever say something that would cause a swarm, sorry, it will happen. As long as you understand that those people are usually just jerks, and move on, you will be fine. Many public speakers have said the best thing to do is to picture the audience in their underwear, and it applies here too. When a swarm descends on one of your posts to shut you up, they are in their underwear, and probably living in their mother's basement too.
Posted by Jeremy Crow at 5:39 AM