It's Just a Jump to the Left

You would think that after all of this time I would have gotten the hang of things, but of course I haven't. I mean when I started blogging it was just a part of a profile on Yahoo's version of a Social Media Platform called 360. As scary as it sounds to those who don't realize that there was a life before Facebook, there actually was. There was no Facebook, no Tumblr, no Instagram, no YouTube, and no Wordpress. Nope there were add-ons to the lame social media platforms that were actually offshoots of chat rooms. Yes Blogger was around, and it was the "New" and "Exciting" thing which forced Yahoo and Myspace to add "Blogs" to your profiles. I was so overly controversial that I needed to keep all of my Yahoo Blogs somewhere else, and Blogger was my back-up, until I was canned on Yahoo.

That was over 10 years ago I started blogging, and it was about 10 years ago that I started my blog on Blogger. As I eluded to above you would have thought that I was just cruising along now, reaping the rewards of the "been there, done that" crowd, but yeah, not so much. I think I also pointed out above that I was blogging before the YouTube, the Twitter, the Facebook, the "Insert Everything other than Blogging Here" and most of which I treated like a fad, while everyone else treated blogging like a fad. Well at least I wasn't the only person who was wrong, but I was still wrong. I started the Write Wing Whacko and started posting YouTube Videos. Some of them have been freaking HUGE, but they weren't "actually me" and when I started posting videos that were "actually me" it turned my YouTube channel into a mess. Hey I'm too old for this crap, and too new for this crap at the same time!

This is my journey isn't it? Everything I have broken, have I not shared how to fix it? My greatest online accidents have become some of my greatest (albeit accidental) online successes, but not without adding a hell of a lot more work to myself. The last fiasco where I started a new YouTube channel in an effort to separate all of my content has turned my hair even more gray, destroyed any free time I had, and I was pretty sure I would never get caught up. I got caught up, and then I am sitting back saying, "So now what?" Now what am I to do to stay productive and pound forward my goals of ... um ... 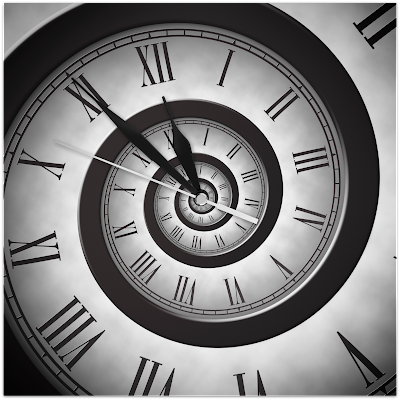 That's really where I am at the moment. I am saying, what in the name of God are you trying to accomplish anyway? Has anything that you have done during your personal "Rise of the Phoenix" over the last few month accomplished anything? Is there light at the end of the tunnel for you Mr. Crow?

Then I looked at the screen and said to myself, "Who says you are in a tunnel, and who says there is anywhere that has to be gotten to?"

It's just a jump to the left
And then a step to the right
Put your hands on your hips
You bring your knees in tight
But it's the pelvic thrust that really drives you insane,
Let's do the Time Warp again!
Posted by Jeremy Crow at 11:27 AM