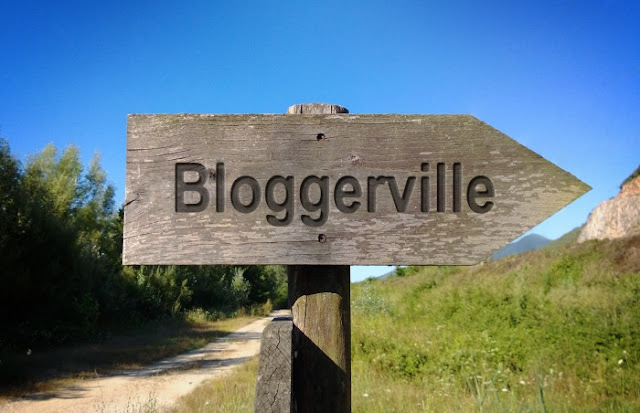 Everything is blog worthy. Most forms of writers block are because we have something stuck in our head that we can't get away from. As hard as we try to focus on something else the thought that clouds our mind won't let us get past it and move on to something else. The saddest part of all this is the fact that what is stuck in your head is probably the greatest thing you have to blog about, but the fear of talking about it has you crippled. The reasons for this are numerous but I assure you they are all moot. I totally understand the fear though.

Back in the day I had a lighthearted blog based on silly characters and such until I couldn't get politics out of my head. The last idiot was in the Whitehouse, and whatever he did was just wrong, but the people who spent all of their time chastising him were probably more wrong. Yes it did ruin everything sort of, because I wanted nothing to do with political talk, and I was just weighed down with it on my mind all the time. I finally just started another blog that was only politics and spent a while getting that out of my system. Then I wanted to talk about health and guess what? The political crowd AND the lighthearted crowd wanted nothing to do with that, just like the lighthearted blog people got sick of the politics. Now at that point I was about 6 years into my hapless blogging career and I had 3 blogs that weren't popular instead of just 1, but guess what? I didn't have writers block and I didn't stay unpopular for long.

Well let's just imagine that you personally don't have that kind of ambition. You've built your brand on talking about widgets and you are going to live and die by the greatest widget blog in the history of widget blogs. You can always reach out to a friend and do a guest post on their blog? I have plenty of them I let people get their laundry out at, because it helps me and it helps them. You may think that just writing it and deleting it will do the trick but I guarantee you it won't. We write to be read folks, and unread things will be every bit as crippling as sitting there blaming it all on writers block. Of course blaming everything on writers block gets old, and people will get sick of waiting and hearing about writers block, but the things that you can come up with when you are supposedly in writers block somehow always gain an audience of their own. Trust me I've been there.
Posted by Jeremy Crow at 7:11 AM