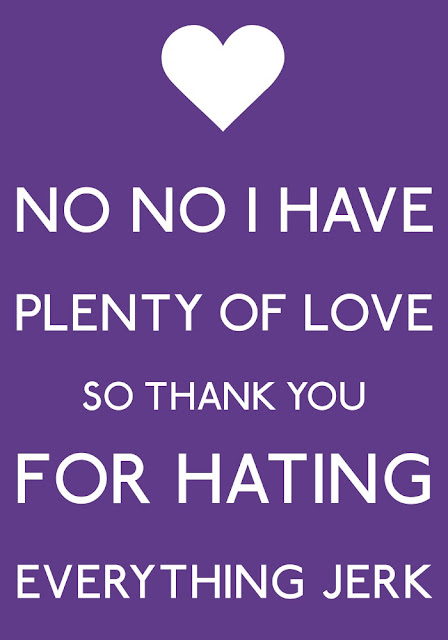 Today's Tip: Don't take all criticism too seriously. While there is some criticism out there that could be constructive and may lead to some improvements in your writing, take it from someone who has been online for about 20 years, a lot of people online are just assholes. You need to think in terms of some of the funny memes that you see out there, because memes only seem to work when they have a pretty good standing in the truth. One such meme makes light of all the people who never like or plus a single thing you do, but are always there to point out a mistake or misspelling. Again these people are called "assholes" and not "reliable resources," and figuring out the difference really quick will make your life a lot easier.

Well then what do you do about these people? Absolutely nothing, unless they are mean or critical of other people that are commenting or re-sharing your posts. In the rare occasion that they are outwardly hostile to the people around you (and it is rare, the person trolling your posts has issue with you and not others, they usually just start throwing their baby formula at others when you aren't paying attention to them) scold them like a child once, and then block them. Keep blocking them until all of the fun of creating troll profiles wears off, and then go about your life. If they are just going after you, then leave the comments and don't respond to them. They will almost always delete these things themselves when they see that everyone is on to them, and their ability to be an asshole.
Posted by Jeremy Crow at 5:30 AM