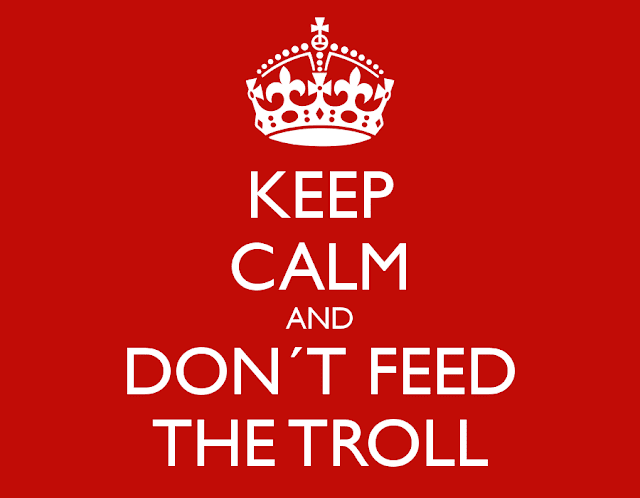 Today's Tip: As I often do in these tips, I learn something and then I run right out and share it so that I can look smart. Today is a near perfect example of this, because I woke up this morning and posted my daily Quote, like I have for quite a while now, went through my new followers and responded to messages, re-posts and various other things throughout my G+ circles. I was surprised to see a very large bump in followers and a lot of action on one of my blogs from people I had never seen before. It was all friendly and positive which also is a bit shocking. Most of the time when you have a large spike in activity it is because you finally said something to piss off a real kook and they brought all their friends. This wasn't that, but after a little research (because that is what a good blogger does if they want to continue to grow an audience) I found out it was because of a real kook, that was trying to create the middle school atmosphere.

I looked at a few G+ feeds of the people that were newly following me (and trust me you need to do this too) and found the pattern of where they were all from. They were members of a community I didn't belong to, and when I looked at that community I saw some people talking to a ghost about me. A ghost is someone you blocked so when you see a conversation and someone you can't see is in it you know. In the interest of out of sight out of mind, when someone calls me out in a community that I like and are insane jealous or irrational the best thing to do is block them, so you can enjoy the community without that idiot in the feed. He apparently had taken his issues with me to another community and the people in that community looked into my blogs and other things and appeared to really like them.

The moral to this story is, as I have said a lot in the past..

1. Be yourself because YOU are the brand.
2. Don't feed the trolls.
3. Ignore the people that don't like you for no other reason than they don't like you.
4. You audience will find you if you just follow the first three steps.
Posted by Jeremy Crow at 7:22 AM