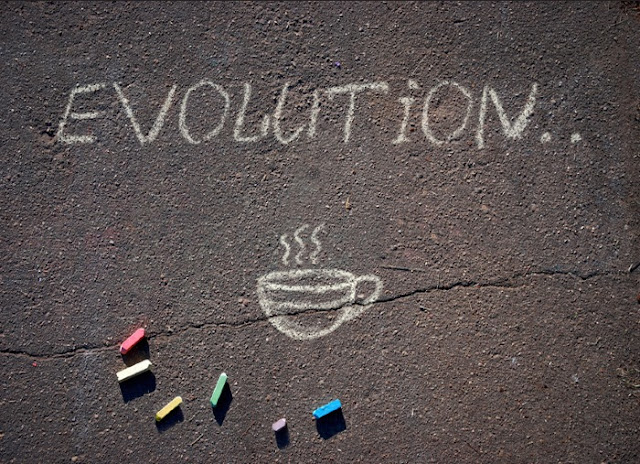 Today's Tip: To evolve as a blogger I was forced to evolve as a human being. I had a very popular shtick for a long time, and when it was no longer a popular shtick I was lost in my own thoughts. I moved on to a different shtick and managed to garner some popularity with it, then another then another. When I started balancing out my own life I was able to balance out what at one time was a shtick into real life writing abilities. Then I was able to combine all of my "shticks" into various interests to which I was already involved and allowed my writing to evolve around them.

Believe it or not my writing had originally evolved out of a chaos that I had very little control of. When I took the time to garner some control of the chaos that was my life I had to realize that the chaos was not all that I was about. The evolution of Jeremy Crow was as important to who I am now as a blogger than who I was as a blogger. Actually it is a heck of a lot more important, as the chaos was reigned in and I was able to concentrate on exactly who I wanted to be. Keep in mind that blogging my evolution every step of the way was what made me interesting, and in turn created a stable person with a lot to say, and it all wasn't misery masked as cartoons anymore.

Never fear change. Change is good. You can always find another shtick.
Posted by Jeremy Crow at 4:49 AM