And now, for the winning entry! If I am lucky.

Night closes in quickly in the city. It has no mercy, no sympathy, no concern. When it comes it brings terrible consequences, unforgiveable occurrences, and the worst of humanity. That is when I go to work.

I am a supernatural detective. People hire me to find problems that have no name, no identity, no form. And it doesn’t pay very much, and it is riddled with danger, and the hours are terrible and the minutes are pretty awful, too.

In fact, it is kind of a stupid way to make a living, and in many ways it is humiliating, how did this ever happen?

It started because neighbors of relatives had a problem with memories chasing through their house, raising hell, and spilling drinks and spreading cracker crumbs and chips all over the house.  So, my parents, sick of me living in the basement, and eating their stuff, and filling up their DVR with Ancient Aliens, and Monster Quest, volunteered me.

I think they were hoping the ghost, poltergeist, or monster would get me, not realizing my extraordinary luck. Turns out it was just their daughter, who had a little problem with medicinal marijuana, it was more marijuana than medicinal. But, they were so relieved they gave me some cash, and a box of Ritz crackers, “my club doesn’t approve of saltines,” that still kills me. 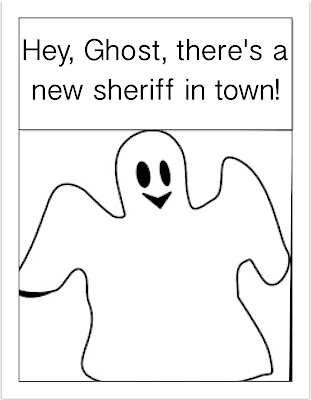 But, when the local cemetery heard of my success they wanted me to find out who was adding all of the graffiti to the signs pointing to the exit, “road closed,” “detour.” It would send people in giant circles, and they would make angry calls to the city council. I figured it was just punks. Punks with precise sign altering abilities, to be sure, but garden variety, run of the mill punks.

But, it was a ghost, with an evil sense of humor, and a scythe, and a very nasty disposition. I barely
made it out alive. If I hadn’t tripped over that curb while running for my life, and screaming like a little girl, causing the ghost to rocket over the top of me, and slam into the crypt, which is death to ghosts (who knew?) it would have gotten me.

That one simple, frightened miscalculation inflamed my reputation as a person who could be counted on to banish unnatural occurrences.

A series of close calls and last minute errors that resulted in a string of fortunate escapes and narrow victories, and my acclaim as a “hunter” grew. My parents actually smiled with pride when my name was mentioned.  I made a little money, not a lot, but enough to get my own basement apartment, which, oddly enough, was remarkably similar to my parents. Only I had my own microwave and refrigerator.

Of course, luck is a fickle mistress, and sooner or later you are left alone, in the cellar of an abandoned mansion, a week before Halloween, locked in a room, hidden behind a coal burner, waiting for the cold embrace of death.

But, just when I popped open the only bottle of champagne to hand, the cork flew across the room, hitting the valve on the gas line, flipping it on, which sent a jet of propane across the room, freezing the water on puddled on the floor. As the vampire crossed the ice he slipped and impaled himself on the broken pool cue that was leaning against the bucket of golf balls. Wow, was that close!