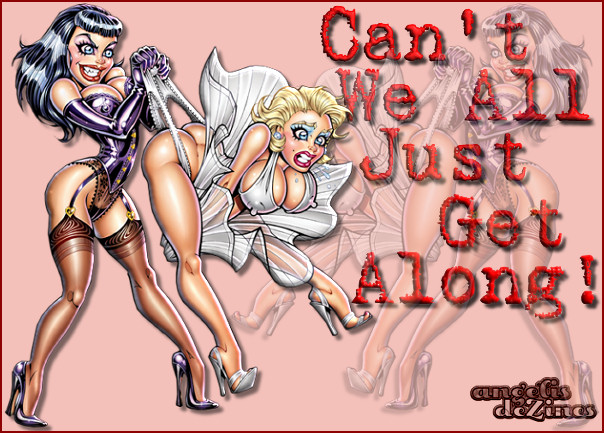 Today's Tip: Dealing with frenemies. A frenemy is someone who follows your blogs, but doesn't really appear to have your best intentions in mind. We all have them even if we don't know that we have them. Most of them become obvious and of course some are really sneaky about it. Who knows the motivation, because most of us don't think that way. It could be an imbalance, it could be that you did something that ticked them off. It doesn't really matter. We deal with these kind of people in real life, at work, at family get togethers or even at your bowling league. You need to expect this sort of thing online as well.

The trick to dealing with them as I have learned over the years is not to turn them into a martyr. Blocking them only creates a former frenemy with a little more conviction. Don't argue with them because all you do in that instance is create a frenemy who now has your audience to do frenemy stuff with. Don't ignore them, because then you have a frenemy that is up to no good with unfettered access to get worse. No as long as they leave your readers alone and just take jabs at you now and then, you can just let them do their thing. If they don't get bored and move along you can at the very least take pride in the fact that you keep them from trampling on someone who can't handle it. If they decide to start treating your readers badly then you need to block them, for the common good.
Posted by Jeremy Crow at 4:49 AM