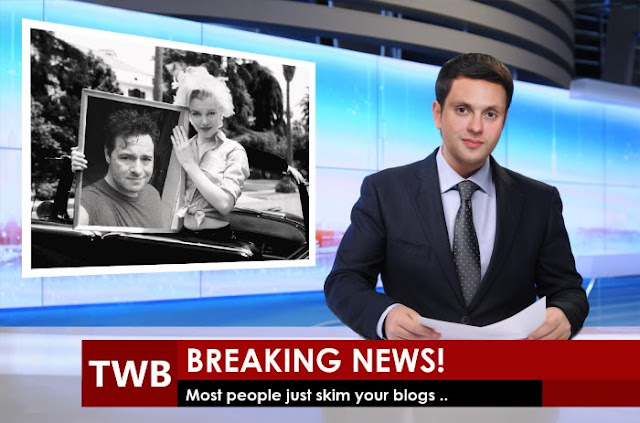 Today's Tip: Remember that more often than not you are writing for people that will casually browse through it and miss what you were trying to get across. In other words you need to be prepared to repeat yourself a lot. Don't get down on yourself because people may remind you often that you already said that, you just need to politely remind people who actually do read what you write that there are a lot of people who don't, even if they commented on what you wrote. I often had a hard time with this one on both sides of the scale. I used to think, "Hey I already said that and if you missed it tough crap," just to realize later that not everyone has time to hang on my every word. I also used to think "What the heck are people actually hanging on my every word?" when people would peck at me for bringing up the same things. It's more of a win win than a lose lose, trust me.

In retrospect, I look back on a lot of the things I wrote and see things that aren't worthy of being rehashed, and a lot more things that are probably timeless. I also look at a reader base that has basically been following me for less than a year. It is sop rare when I am being accused of repetitiveness that I am more surprised than anything when I am. I am far more blessed with people that will tell me that I wrote something good even if I wrote it before. Take the good with the bad and remember, the day you get to the point where you can read and commit to memory everything you have skimmed through, then you can be critical of others that have not. Just don't do it anyway.
Posted by Jeremy Crow at 7:44 AM