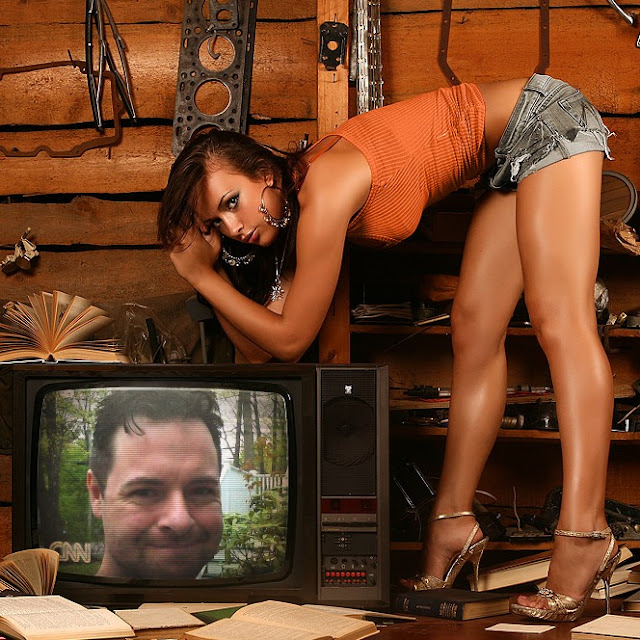 Re-purposing is a buzz word in society today, with all of the green this and recycled that; I myself have found myself in a re-purposing mode as of late. Of course I don’t do this out of the goodness and love for all that which is green, I do this for the sake of being a well oiled machine. My life as an amateur blogger, amateur videographer, amateur bodybuilder, and gainfully employed elsewhere, requires me to be somewhat cunning in how I conduct my life. The “less is more” ideology of every new iPhone, iPad, GoPro, you name it, has made people forget that there was a time when more was more. Think about it a minute.

Recently I realized that the camera on my Samsung Galaxy 4 doesn’t work very well. No matter how steady I try to hold my hand the pictures always blur, and it drives me nuts. I was blabbering about how much better that camera on my Galaxy 1 seemed to work, and someone said, “Well why don’t you just use your Galaxy 1 for taking pictures?” Of course that had never crossed my mind, but it made some sense. I charged up one of the old Galaxy 1s and started taking pictures with one of them. I’ll be damned it isn’t onset Parkinson’s that make my pictures crappy; it is the camera on my Galaxy 4. I also found myself noticing how much I missed the slide out keyboard, because the on screen one on the Galaxy 4 sucks too, especially when you have calloused up nasty weight lifter hands like I do.

Well in the interest of being a well oiled machine I figured I could just piggyback the two phones, which I did. Then I could use the keyboard on the Galaxy 1 for text messaging etc, which became a chore on the Galaxy 4, without having to have two phone contracts. On the other side of the coin, the Galaxy 1 totally stinks for maneuvering around websites, doing the G+ thing or blogging, so again in comes the Galaxy 4 for its strengths. This reminded me of the old days when people would buy a VCR / DVD combo device, or a television with a DVD built into it. What would happen is when one item or the other broke on these hybrids then you had something that was a pain in the ass, because it only half worked. Most of us continued to keep our devices separate. Same thing for televisions that have “apps” on them, the same apps that you paid extra for and get old and outdated so then you have to go get a Roku anyway! Perhaps there is enough crap on my phone that the camera just quit and bailed.

Well now I live the life of a completely connected individual, not because I have the newest and greatest whatever, but because I have a backpack. I can carry my tablet, my phone, and my other phone. I have laptops I can shove in there too if I need to. Yeah I know the world is all abuzz about not needing a laptop anymore but f you think you can live without an actual computer you are also lying to yourself. The dream of a Surface and its crappy ass keyboard (or the fact that it is an overpriced joke) is another wonderful delusion at this point. I don’t have to be a beta tester on new technology anymore. Of course if it makes you feel any better my laptops my laptops are repurposed too. They are old laptops I refurbished after someone else threw them away. I didn’t realize how green I actually am, maybe I should get a public subsidy of some sort.
Posted by Jeremy Crow at 11:14 AM