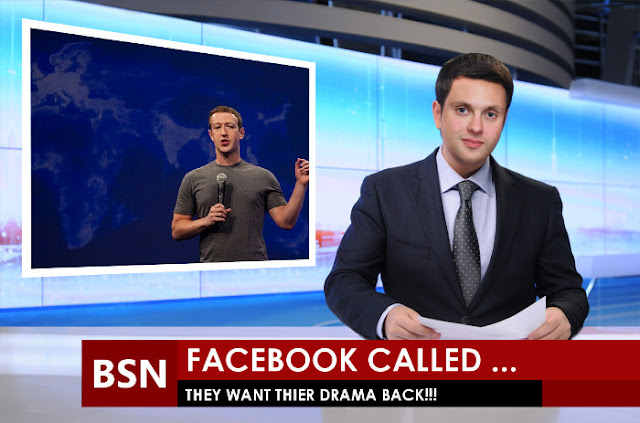 I had to remove the Facebook App from my cell phone and my tablet again last week. In all honesty I only keep that app around because my wife will post something on Facebook and like most of us who find ourselves trapped on Facebook, the question always comes up "Did you see what I posted on Facebook?" The fact of the matter is, if you don't believe Facebook is like a needy ex-girlfriend, just ignore it for a week. By the time I finally removed it from all of my devices it was setting off my alerts just about every hour to tell me that someone I could give a crap about who ignores me posted some drama involving someone else I don't really know. Really?

As broken as G+ may be these days at least there is more reality or far more interesting things being posted there. I had totally forgotten how vapid my old school chums were and why I don't hang out with any of them anymore until my feed was filled with "I'm bored entertain me," at all hours of the day. Now Facebook wants me to know about every post that someone makes for God know's what reason. Of course I haven't exactly contributed to the atmosphere as the only thing I liked to do at the end of my daily "looksies" into the place, was post things that I knew would piss people off. It really does bring out the worst in you, or should I say I know it brings out the worst in me.

What the hell would bring Jeremy to a point where he would actually go on another Facebook rant? Well simply a post I saw on the G+ stream that was so damn true I couldn't avoid commenting on it. It was one of those church billboards, whether real or just a photoshop that read "May your day be as good as you pretend it is on Facebook" and everyone knows exactly what that means. Seriously, it doesn't take years of learning about people to know what is and is not reality. Think in terms of the people who still take a peek at their ex-spouse's pages to see what lies they are up to. More to the point, how many people we deem to be idiots that eat that crap up. We never sit back and say, "Damn I used to eat that stuff up, and now I am delighting in watching other fools," do we?

Once I cut the cord my life became a LOT happier. I am not saying that it is the cure for everyone, but I will say that more often than not when I am (or was) looking at the feeds and privately judging the people who lets us all into the drama, I realize that I am part of the problem. Worse than that I am the problem that mires myself in the drama should I not graduate from Middle School. Yelling at the screen because you find someone to be "that stupid" or "that deserving" or worse yet "that much of a train wreck" doesn't solve anything. If you really want to be stuck under a pile of crap, just take some time to try and help that person out. Remember that sitting in your own shit can be warm and comfortable for a while, but it does start to stink and definitely attracts flies. I'm glad I un-installed the app. It keeps the battery on my phone charged longer and it keeps ME charged longer.
Posted by Jeremy Crow at 10:00 AM