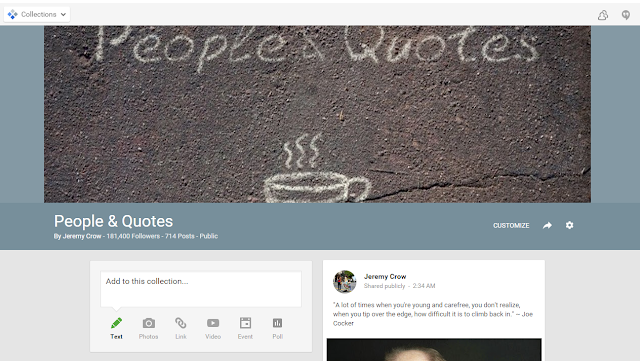 For the most part I started blogging (or leading a life online in general) to escape the many sad factors of my own life that required me to branch out and seek something. I think what I was really seeking was some form of affirmation because once I received a little of that I was hooked. I think we all in our deepest moment of honesty are willing to admit that is what drives us to be online. There is usually a period of self gratification followed by some sort of moment where we realize that we are basically the same person online that we are offline, and then we figure out what we are going to do with that in formation from there.

When I overcame the "look at me look at me" Bart Simpson mentality (and for those that think I may have not, just trust me on this one) I started treating my computer as a serious endeavor for a while. I started writing books and proving to myself that my attention span is not made for books it is made for blogs. I then went back to writing blogs and was free of the need to be read. Now of course you have probably noticed that I am read, but without all of the overly serious need to be read the way I used to. Either you can attract an audience or you cannot. When I had started the "My Brand" mentality and spent more time playing to my strengths and not to my audience, it was a lot easier to maintain my audience. If you don't get it, stick around you will.

My bread and butter of course are the diet and exercise things. I've honed that craft to a point where it comes a lot easier than the rest, although many have said that I am just as good at reciting political rhetoric. My passion though for those who haven't figured it out is people watching. I really like to watch the way people communicate and interact. A lot of my humor is based on finding stereotypes and exploiting them for my own amusement. No, not a racism or sexism thing, but a tweeking people and finding out habits or abnormalities. If you haven't found yourself doing this yet then let me give you a brief lesson on this form of amusement, or at least being able to figure out people's inner selves.

My most popular blog by far is the Quote Whacko. Go figure the only one that has no original content is huge by social media standards. Don't take my word for it, but look at the graphic above. 181,000 followers to "People& Quotes" which is where I post my Quote Whacko daily blog exclusively. If the Plus was working on G+ each post would have over 400 +1s every day. Now with that said, those posts are quite the social experiment, especially as it pertains to politics. Even if the post isn't political there are certain people that have been so polarized in the general populace, and some topics that are such taboo, that certain people who are so amazingly sure of their stance will make complete and utter a-holes of themselves. All the while assuming that they are making a-holes out of everyone else.

If I have learned one thing in my years of living a life online, it is that an overwhelming majority of the people online DO NOT troll. We see the trolls who find their way to a post and then set it on fire. They attract a certain level of follower, but for all intensive purposes, we will call them what they are "losers following a loser" and you can't let their babbling effect you. Trust me they don't actually effect anyone else. Just because you see them blowing up online, and throwing trash bombs, most people don't even read the comments. Most people don't feel the need to respond to them, but more important for everyone out there who has come across a troll, with an agenda, you don't have to feel anything what so ever when a troll bombs something. They are just the same old idiot who dominates the zone around the water cooler that HR hasn't gotten around to firing yet.

You don't have to have a blog, or a gigundous social network to learn these things. You just have to understand that despite what we all think of ourselves, we are basically normal. If you see something idiotic being touted online, chances are pretty good that you just move along right? That's something that you and most people have in common. If you feel the need to blow up all over the comments then that might be a problem that needs medication ...
Posted by Jeremy Crow at 8:24 AM