Things are Heating Up, Or Maybe Just Becoming Absurd.

I didn't watch Matt Lauer hack and choke and stumble through his Presidential Forum last night. I don't much care for Matt Lauer, he always seems a little pompous, freighted, arrogant. And the candidates are worse. I live in fear one of them will be elected, wait. The producer is telling me one of them will be elected. Oops, the last vestige of hope is stripped away.

But, it seems people are angry. It seems that people feel he treated Clinton more like a candidate and Trump more like a celebrity. Not in the sense of "well Mr. Trump, how do you get such amazing height on your shiny, lustrous hair?" At least I don't think he asked that.

But, this is going to be the burden of the public for the next two months. Clinton is a politician with a record, and a history. Things can be questioned, votes, decisions, actions are available. Trump is mostly a television spectacle.

He said "I was opposed to invading Iraq." Even though there is overwhelming, empirical evidence that he was in favor of the action.  And nobody questions why a reality television "personality" is on record taking a stand on the actions of his government.

How did he feel about Obama's expensive modernization of the nuclear arsenal? That has always bugged me, and seemed disastrous, what does he think of it.

And while I am at it, how does Mario Lopez from Extra feel about the Affordable Care Act?  How does Steven Tyler from Aerosmith and American Idol feel about the Trans Pacific Partnership agreement?

These things are important. Who knows when Harry Connick Jr. is going to decide becoming president is a good way to retire in style. Honestly, the post presidential years are extremely profitable. Everybody loves money. How did he feel about the decision to release oil from the Strategic Petroleum Reserve?

Dangit, I have rights, I need to know, where is Matt Lauer when I need him? 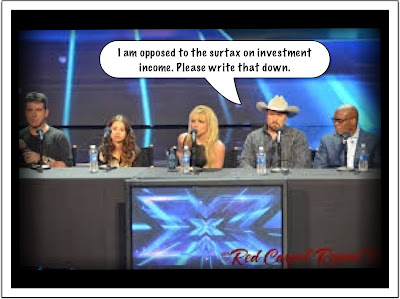