Since it is almost the end of the year it is almost time for my "year in review" post. It is an annual trip down the path we have just traversed together. A chance to enjoy our victories and blame others for our defeats.

Sports officials are normally very prominent in the "blame" column. Particularly in years where my teams are coached by people I find more honorable than the coaches for all the teams for whom the officials are so actively cheating. Which is almost every team I dislike. My convictions are very firm, I only root for teams that are not despicable. Or coached by despicable people.

Politicians are normally not included in my list at all. They get enough press. Normally more than enough. The old saying "any publicity is good publicity" was invented by a politician. It is almost impossible to avoid news about the president elect, the lame duck president, the cabinet, congress, the senate. If government officials worked as much as the press who cover them a lot of our problems would be solved. Or, maybe worse, who knows. It doesn't matter, they are not going to work any harder. If they wanted a job they would not have gone into politics.

Natural disasters, and man-made disasters are occasionally included. Not too often though, disasters are awful, and I like good news. It is hard to put a happy face on a forest fire, hurricane or tsunami. I would rather pray silently, try not to cry, and let someone else talk about that. 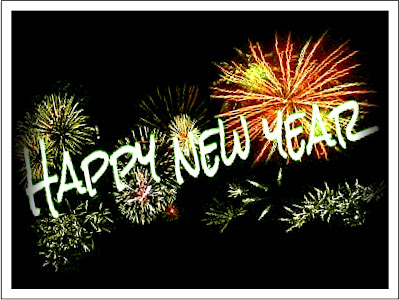 To be honest my year in review list, like most everything I write, is a little short on real substance. It will not have much depth. It will be mostly good things with a little petty whining to convince you I am not a robot. And then it will end with a hearty salute to the coming year.

We all have something to look forward to now. If you have anything you think should be included then write your own list. People love lists, they can't get enough of them.

Until the next time, take your vitamins, get enough exercise and sleep, and think happy thoughts.